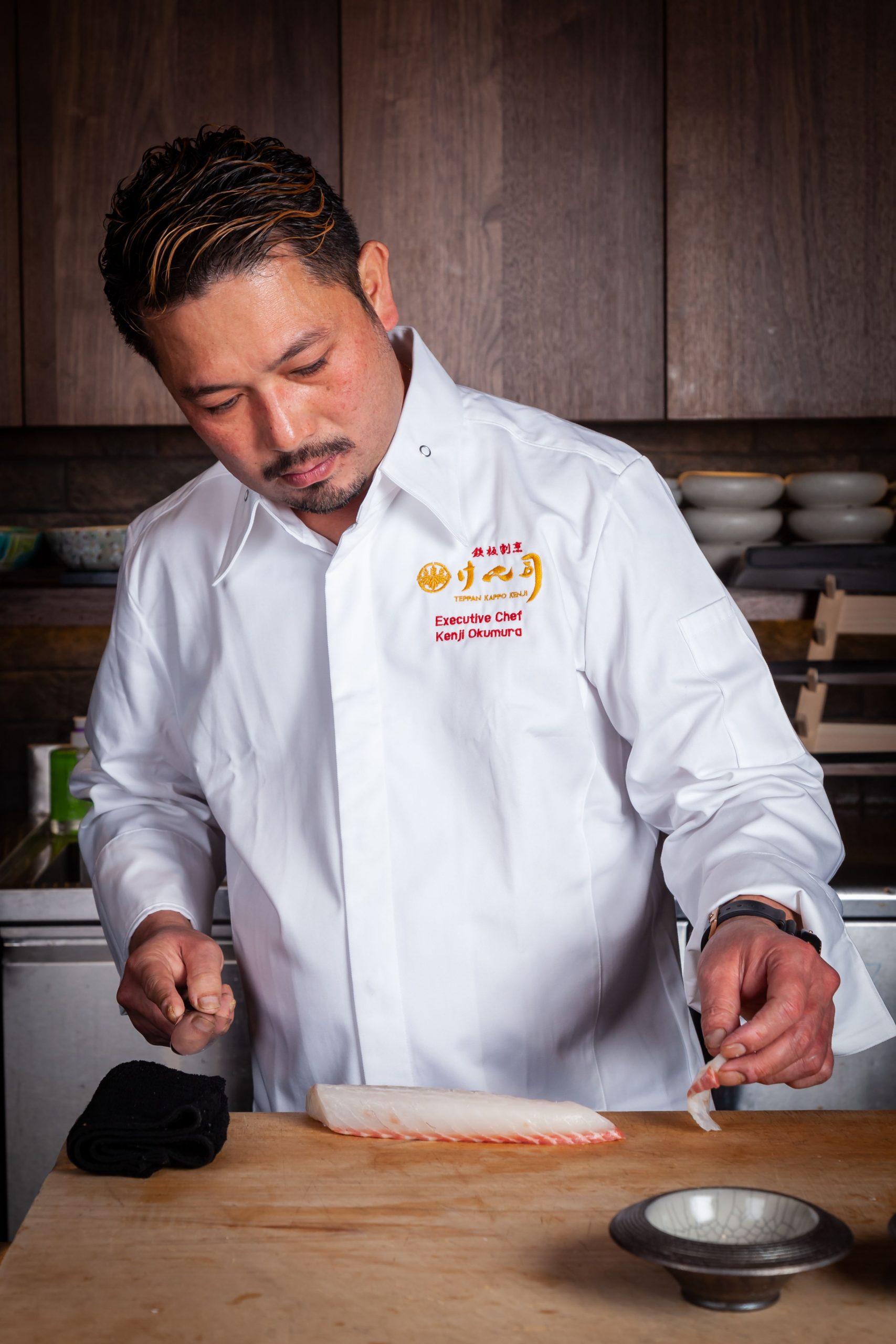 99 TANJONG PAGAR IS SET TO BE THE NEW DESTINATION FOR JAPANESE TEPPANYAKI CUISINE.

Using only the freshest and finest seasonable ingredients, Chef Kenji Okumura has prepared an intriguing and creative menu comprising of his signature teppanyaki dishes.

Hailing from Ichinomiya, a city located in Aichi Prefecture, Japan, Chef Kenji Okumura started his career at the Kokusai Culinary School in Nagoya at the age of 19. He honed his skills in Kaiseki dining under the master chef at the illustrious Nadaman Japanese Restaurant in Nagoya Tokyu Hotel.

Now with Teppan Kappou (counter seating) Kenji, he hopes to introduce a new Japanese gourmet experience – one that is steeped in nuances of sophisticated Japanese multi-course meal but presented in a relaxed and intimate atmosphere. Diners can enjoy the full display the chef’s culinary mastery and have intricate dishes with seasonal ingredients prepared right before their eyes.

As seasonality and quality of ingredients play an equally important role in Japanese cuisine, Chef Kenji Okumura takes pride in his carefully sourced ingredients. There is a rich selection of oysters from Iseshima, Ise Ebi and Akamoku seaweed from the Mie prefecture, Unagi from Shimanto and other fresh produce which are imported directly from Japan under the Omakase menu. These high-quality ingredients are personally sourced by Chef Okumura from his regular trips to Japan.

Famous personalities such as the Japanese emperor, Gorbachev and Wen Jiabao are some of the few distinguished diners who have enjoyed his Omakase menu.

He hopes diners at Teppan Kappou Kenji will be able to enjoy quality ingredients and traditional cooking style of Japanese cuisine without having to pay exorbitant prices.

Other than Chef Okamura’s exquisitely balanced Omakase-style menu, diners can also enjoy comforting Japanese hotpots. Among its many varieties are sukiyaki and shabu-shabu that would pair wonderfully with great Japanese beer and a specially curated range of sake and Japanese whisky.

Kappou’s decor is both intimate and sophisticated. Other than sitting at the chef’s table and watching the chef at work in traditional Kappou Style, you can also opt for greater privacy at the private dining room suitable for 14 pax.

For Kappou fans, there is nothing more delightful than the immediacy of traditional Kappo-Style dining and anticipating each dish by the chef working quietly behind the bar. At Teppan Kappou Kenji, you can enjoy a modern and evolutionary take on Japan’s most revered dining traditions.